Windsor Castle: Worth A King’s Ransom To Visit?

Think of England and perhaps it conjures images of castles, palaces and the royal family. English history is dominated by kings and queens lavished with gold, fine jewellery, large canvases of art and antique furniture. The Royal Family are revered the world over and the Queen herself is one of the world’s richest people with her estimated fortune (as of 2015), according to the Sunday Times Rich List, to be around 340 million GBP (485 million USD). Windsor Castle is one of the Queen’s residences and it costs much more than Buckingham Palace and Kensington to visit this 13-acre site (5 hectares) in Royal Berkshire, which begs the question, is it worth the cost? Windsor itself is a flourishing town located in the county of Royal Berkshire. It sits to the west of London and is served by First Great Western trains that run from London Paddington in approximately 30-50 minutes (depending on route and stops). With a whole host of activities including boat tours on the Thames, Royal Ascot, LEGOLAND, shopping and plenty of cafes and restaurants, you might consider giving the castle itself a miss but consider the following before you do. Windsor Castle really is the gem in the crown of England. Windsor Castle is the largest and oldest occupied castle in the world and has been home to many kings and queens of England during its long history. In fact, if the England flag is flying you could indeed be walking among royalty, as that indicates that members of the royal family are in the castle.

It’s organised, efficient and guarded well. The walls that surround it, built in the 13th century, are on such a grand scale, the castle looms as an impenetrable fortress at the top of the main shopping strip. A bronze statue of Queen Victoria in her regal attire, looks away from the castle towards The Guildhall. Entering the castle is like airport security with x-ray machines and metal detectors. Passing the courtyard shop you head up the main path towards the central Round Tower and its moat. The imposing Round Tower sits atop a hill flanked by grassy slopes speckled with primroses and daffodils in the spring, a waterfall and tiered gardens. One can imagine standing in the flagpole tower, surveying the surrounding countryside. From this central point you can look down towards St George’s Chapel, or walk through an archway to the North Terrace where you are greeted by fine views of Eton that have inspired many famous artists to put paint to canvas, including the English Romanticist landscape painter J.M.W. Turner. This striking piece of gothic architecture should be observed by standing back from it and seeing it in all its glory, however get up a little closer for inspection too as you may miss the detail in the statues. Seventy-six of them adorn the pinnacles on all sides; each one represents a heraldic animal such as the lion of England and the dragon of Wales. Its place in history includes the fact that there are 10 monarchs, including Henry VIII, buried here. Only when you step inside though does it really impress. The wooden carvings, stained glass windows and banners adorned with the crests of the Garter Knights. Echoing the castle and all its grandeur is the scale model of a house. In a low-lit room, encased in a huge glass cabinet large enough to walk around, the Dolls’ House is staggering in all its detail. 1,500 artists and craftsmen worked on it. As you view each and every room consider the amount of time and effort that crafted this scale model. The beauty really is in the detail, down to the miniature bottles in the wine cellar that contain real wine, and the library that houses actual books written especially by authors such as Sir Arthur Conan Doyle. To really see all the finery and magnificence of the castle itself, no visit is complete without walking through the State Apartments. Walls adorned with paintings the size of houses, suits of armour and a grand old staircase, each and every room is furnished exquisitely. Again, the attention to detail is astonishing, such as the crystal-adorned chandeliers, painted ceilings, and huge tapestries. Nothing is out of place and everything really is fit for a king or queen.

General admission to the castle costs 20 GBP (28.54 USD) however, trips to Windsor that includes travel can often be purchased. If purchasing the London Pass, Windsor Castle is on the list of destinations that can be accessed for free.

Tickets purchased directly from Royal Collection Trust can be converted into a 1-year pass that allows free re-entry to the castle for a year from the date of your first visit. For those living in the UK this is obviously quite a bonus.

Free multimedia guides are available, and 30-minute free tours are also available on arrival. A special Conquer the Tower tour is also available during August and September.

Allow at least half a day to tour the castle, there’s a lot to take in. There are no cafes on site so it is advisable to have lunch in Windsor before your visit or obtain a re-entry permit from the castle shop or audio return point.

Further practical information can be obtained by visiting the royal collection website. 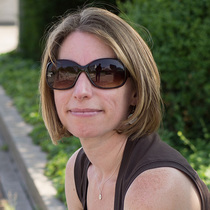 Carol is a self-professed travel addict. A fairly late starter to travel she took her first trip abroad when she was 18, but has been making up for lost time since and has set foot on all but one...Read more
Want to contribute as a Local Expert?
Register Here
Hotels
Lowest Price Guarantee

Explore Old Windsor
Good things are meant to be shared!