Why Does Nagasaki Feel So Dutch? 8 Intriguing Facts You Should Know

Located on the northwestern coast of the island of Kyushu, Nagasaki is very much influenced by the Dutch culture. As you explore this cosmopolitan city, have you ever wondered why it feels so Dutch? Here are the top 8 intriguing facts to solve the mystery!

Fact 1: Exclusive trade with the Dutch during the Edo period The Japanese-Dutch relations date back more than 4 centuries ago to 1609, when the first formal trade relations were established. In 1637, the Japanese Christians started the Shimabara Rebellion against the Tokugawa shogunate, but were defeated with the help of the Dutch. The Christian nations who provided aid to the rebels were thus expelled from Japan, which included Portugal that had a trading post in Nagasaki harbour. As a result, the Dutch became the exclusive trading partner in Japan for over two decades.

Fact 2: Dejima was the only place where Japan traded with the Dutch during the Edo period Following the Shimabara Rebellion and after the Christian rebels were expelled from Japan, the country went into a period of national isolation for more than 2 centuries. Hence, in 1634, Dejima (出島) was built, to constrain foreign traders to the small artificial island built in the bay of Nagasaki. Originally meant to house the Portuguese traders who were evicted after the Shimabara Rebellion, Dejima became the Dutch’s trading post from 1641 to 1853. In fact, it was the only place where the Dutch were allowed to trade in Japan, the only gateway to the West during the long national isolation period!

While the fan-shaped artificial island no longer exists today, Dejima definitely played a significant role in the development of culture, industry and science in Japan. Therefore, great efforts are being made to restore Dejima to its original state back in the 19th century. Do pop by the bygone trading post to view the unique Japanese-Dutch style architecture when you visit Nagasaki!

Opening Hours: 8am - 6pm (until 7pm in summer and peak seasons). Last admission: 20 minutes before closing.

Find out more about Dejima, 出島

Fact 3: Trade with the Dutch started in Hirado city before it was moved to Dejima 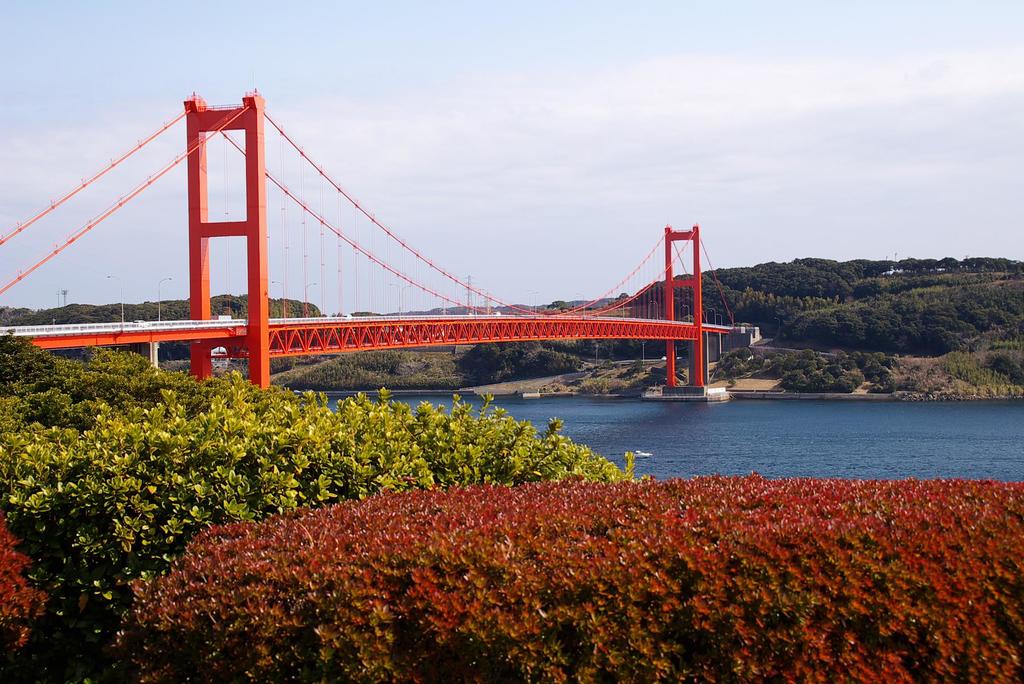 Source: Photo by user Mahlervv used under CC BY 3.0

Dejima is undoubtedly the most famous historical landmark in Nagasaki that everyone flocks to. But do you know that trades with the Dutch actually began even before the construction of the manmade island? As Hirado had an excellent natural port, the Hirado Dutch Trading House was established in 1609 in the prosperous castle town. Although the Hirado Port is no longer in operations, the ancient 2-metre tall, 30-metre long Dutch Walls still remain at the site.

Travel back in time with a visit to the old “capital of the West” and have a pleasant discovery in the nostalgic city. From Nagasaki downtown, arrive at Hirado within 2 hours by car, or 3 hours 40 minutes by train. This beautiful and historic destination filled with interesting museums and Christian churches is certainly a wonderful place to experience the Dutch influence on Nagasaki prefecture! The Dutch Slope (Oranda-zaka) refers to the steep streets of a charming hillside residential area in the city. In the 19th century, Western merchants, especially the Dutch, settled in the Higashi-Yamate and Minami-Yamate areas. As the Westerners were called “Oranda San” in Japan, the area that they walked around became known as the “Oranda-zaka”.

Climb up the long and steep stairs of the Dutch Slope to reach the beautiful Kassui Slope on top. Catch your breath and rest for a bit midway up the hilly area for a peek into the lovely Western residences “Higashiyamate-junibankan” and “Higashiyamate-kojusanbankan”. Imagine yourself walking alongside the Dutch back in those days over the stone-paved streets. While you are able to roam freely anywhere you want in Nagasaki now, they were confined to living in this district. That’s how enthralling history can be!

Nearby Food: Champon and Sara udon dishes at Shinchi Chinatown.

Fact 5: Feel like you’re in the Netherlands at Huis Ten Bosch theme park 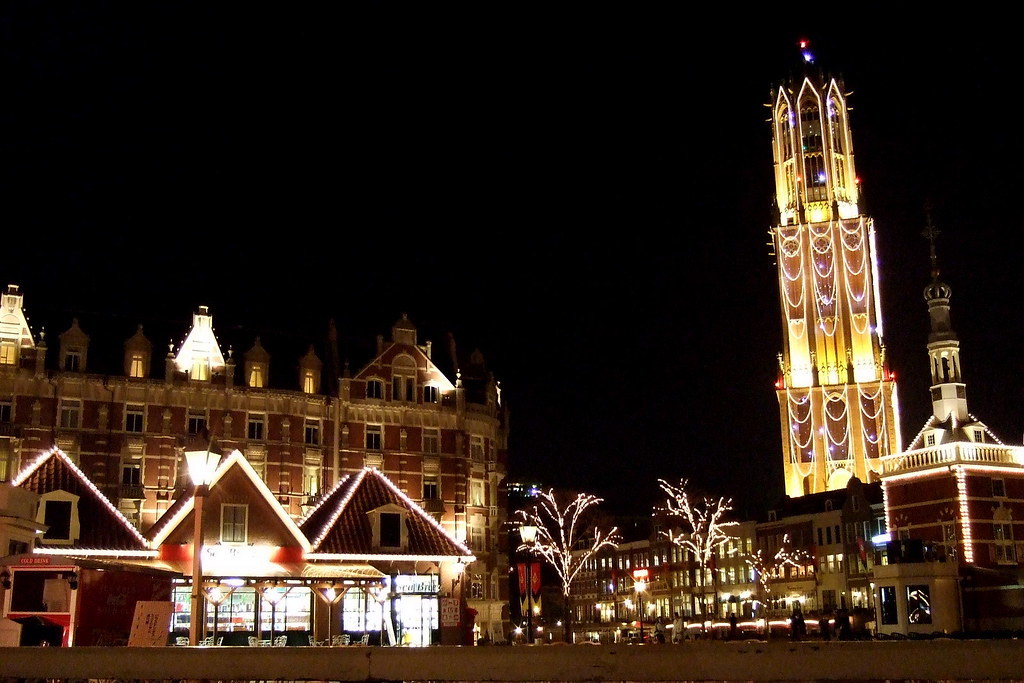 Source: Photo by user machu. used under CC BY 2.0

As the only port opened to international trade in the Edo period, and the Dutch were the exclusive trading partner for over 2 decades, it was only natural that the Dutch-themed park - Huis Ten Bosch was built in Nagasaki. Huis Ten Bosch, which means “House in the Woods/bush”, is named after one of the 3 official residences of the Dutch Royal Family in the Netherlands. This theme park replicates the old Dutch buildings you can find in the Netherlands, with various amusement rides and museums to keep you entertained. Check out the famous garden for the beautiful sea of seasonal flowers throughout the year, such as the Tulip Festival in spring. Soak in the Dutch ambience right in Nagasaki here!

Duration: about a day.

Access: short walk from Huis Ten Bosch station which is about 1 hour 30 minutes from Nagasaki station via JR Nagasaki Line.

Fact 6: Nagasaki’s signature Shippoku Ryori is influenced by the Japanese, Chinese and Dutch Mention signature dishes in Nagasaki, and the Shippoku Ryori is bound to be on the list. Shippoku (卓袱) is the first Japanese fusion cuisine that is an interesting mix of Japanese, Chinese and Dutch dishes. 8 to 10 dishes are served on the round table in this traditional Nagasaki-style cuisine, for sharing with everyone around the table. Being the only window to the outside world, Nagasaki was the only place where foreigners were able to interact with the Japanese in the 19th century. This was how the Shippoku Ryori was born, using a multitude of ingredients from the region. Don’t leave Nagasaki without tasting the best local cuisine that has evolved over the years to combine the best of China, Japan and the Netherlands! Port Hoorn Nagasaki is the latest addition of a Dutch-themed park that opened in April 2016 in the cosmopolitan city. Although it may not be as big as Huis Ten Bosch, but admission to the restored Holland Village is free! Enjoy strolling through the Dutch-influenced streets filled with shops and restaurants. Shop, eat and relax as you soak in the nostalgic feel of the former Holland Village. You can even take the free shuttle to Nagasaki Biopark that is just 10 minutes’ drive from Port Hoorn to meet some adorable capybaras if time permits.

Price: free admission except to the art museum.

Fact 8: The popular Castella sponge cake was created from an age-old European recipe Source: Photo by user Kanko* used under CC BY 2.0

Last but not least, the Dutch and European influence is not only found in the city’s architecture and landscape, but also in the local confectionery. Many people, locals and tourists alike, enjoy a bite of the popular Castella sponge cake. Did you know that this sweet sponge cake was actually brought into Japan by the Portuguese in the mid-16th century? The original Castella recipe from Europe involved only 3 ingredients - flour, sugar and eggs. However, in the Edo period, the Japanese added starch syrup and other ingredients as a sweetener to the cake. Because of the innovative Japanese spirit, the recipe continued to be improved. What we get to see and taste today is a moist and sweet Castella, a unique Nagasaki souvenir that the locals are proud of. Try the best Castella at Bunmei-do main branch before you leave the city! Now that you know more about the facts and history of Nagasaki’s relations with the Dutch, do you wish you could experience the charming city immediately? History isn’t just about boring facts from textbooks, but they come alive as you tour the beautiful Dutch-influenced landscapes and savour the fusion dishes Nagasaki has to offer. Enjoy the feeling of being in the Netherlands when in Nagasaki!

Rachel has forgotten when and exactly how she caught the travel bug. What she does remember is the triumphant feeling she enjoys when she sees the fascinating world out there with her own eyes. She...Read more
Want to contribute as a Local Expert?
Register Here
Hotels
Lowest Price Guarantee

Explore nagasaki
Good things are meant to be shared!