Travel Tips what not to do things not to do Egypt

What Not To Do In Egypt As A Tourist

Did you book yourself a plane to Egypt complete with this perfect itinerary? Are you excited to channel your inner Indiana Jones and go retrieve the Ark? Well, that’s great news! Egypt has gained immense history from its years of civilization. They have impressive archeological sites and historical attractions that are breathtaking to behold. Having unique traditions, culture, tradition, and food that are birthed from their own land, Egypt is definitely the place you can learn from experientially. So take a look at your long list of things to do and maybe you have to rethink some of those. Although Egypt is definitely one for the books, there are certain activities you may want to reconsider. You can definitely do most of the things you want in Egypt, except for everything on this list! Here is a list of what not to do in Egypt, but you’ll surely enjoy your stay all the same.

1. Don't ride a camel at the pyramids One of the things that are on anyone’s to-do list when going to Egypt is the camel riding. Of course, the pressing concern regarding animal welfare in tourism should always be considered and acknowledged. Just like the elephant trekking in Thailand, camel riding has also undergone a similar dispute and has raised concerned tourists on unethical practices and overburdening animals. Understandably, this may ruin your chances on getting that picture perfect post for the ‘gram having that silhouette of you in the deserts of Egypt on the back of a camel. It’s a tough spot to be in. At the end of the day, what is important is to be aware of the consequences of one’s actions and to be an ethical traveler who will make an informed and conscious choice. Islam is considered to be the dominant religion in Egypt. Most of the Egyptian locals are Muslims, which therefore means they have specific religious values and beliefs. Some of these beliefs encompass dietary laws, those of which one should be aware of during interaction. In Islam, alcohol and pork are forbidden. So the best way to go before offering pork or alcohol to your local guests is to kindly ask them their preferences. Source: Photo by user MJJR used under CC BY 3.0

The Philae Temple was venerated from the time of the Pharaohs down along the lines of the Greek, Roman, and Byzantine periods. Each ruler has left their own mark on the stones of the temple. This is one of the most stunning attractions that Egypt has to offer, and the best way to behold this grandeur is to visit it at night. At night, the Philae Sound and Light show bring to life everything this temple has to offer. Complete with the experience of having the Egyptian gods and goddesses resurrected before you. Wander the temple as they tell their life stories in an immersive fashion.

Barefoot by Barefoot in Tunis

Amazing 2bdr seaview flat in the heart of Hurghada

4. Don't take photographs of local Egyptians without prior permission To be fair, it is inappropriate to take pictures of anyone without their consent. It’s rude to do so, no matter how handsome, stunning, amazing, and aesthetically-pleasing they may be. The rules of Egypt are strict, especially with photography. Be it their attractions, temples, tombs, and museums, there’s a price to pay. So if you want to take a photo to immortalize your new found friendship with your local Egyptian friend, it’s definitely okay to just ask.


Khan El Khalili is the oldest bazaar in Egypt. It’s situated in Islamic Cairo and is famous for being the place to be to shop for souvenirs. This area is dedicated to immersing yourself in the Egyptian culture as you go along to find trinkets to bring home. The experience is great! The bad part? The souvenirs are priced high, to begin with; this is where your skills on haggling are tested. Guides can be a bit difficult at this time as they would lead you to the shops they will likely get a commission from, ergo–higher prices. Egypt has a tendency to believe a multitude of superstitious beliefs. One of which is the discouragement of using one’s left hand during mealtimes. This comes from the rooted superstition that left-hand dominance would end up in hell as they are the devil’s companions. It is necessary that one must eat with their right hand. Use the right-hand as you pick up and eat food, one must also pass food only using their right-hand as well. One must keep their left hand at their side, not on the table nor on the food.


Although Egypt is generally a free-smoking zone, there are several areas that definitely do not allow smoking: such as hotels, airports, restaurants, and the like. However, this isn’t the case with Cleopatra cigarettes. Surprisingly, the iconic cigarette brand of Egypt has, for several years, allegedly been produced illegally in a factory ran in the state of Montenegro. Although the company has been transferred to new ownership and was privatized back in 2016, the offshore production may still be persistent.

8. Don't walk around alone if you are a woman As much as feminism has been revolutionizing gender discrimination and replacing it with equality, there remain areas of the world that still have traditional views. Best travel in groups as Egypt has an unfortunate reputation for predominant sexual harassment and assaults against women. This includes both locals and travelers. Men aren’t very used to seeing women show so much skin in public areas, especially those who reside outside the cities. It’s important to take note that travelers are there to experience a new culture, so (if it’s up to your preference) you may dress modestly for the occasion. If you don’t like sleep deprivation, climbing up Mount Sinai for the sunrise is not the best idea. To see the sunrise in Mount Sinai, you have to be prepared to stay up all night walking up a mountain. It’s also quite difficult to trek up Mount Sinai with a thousand other travelers and to withstand the heat for the view. Along with the other travelers, it’s going to be quite difficult to capture that moment without strangers in your photo. So a point of advice, go for the sunset and be one of the few to get to behold that truly magical experience.

10. Don't touch during a conversation

11. Don't take tours in the West Bank of Luxor When in a culturally sensitive place like Egypt, it’s best to be cautious in some of the local’s modus and also take to heart some budget-saving tips when exploring Egypt. Those who are solo-traveling to Egypt and use travel apps to get around and book tours, it’s best to consider manually exploring several parts of Egypt like the Wes Bank of Luxor.

Taking tours in the West of Luxor isn’t the best way to see Egypt especially on a short trip and a tight budget as many tour guides will just bring you around the alabaster factories than seeing the actual outdoor sights and temples. Be mindful of your time and create a productive and flexible itinerary that shows you several parts of Egypt’s best.

12. Don't tell your cab driver you're an atheist Source: Photo by user jennie-o used under CC BY 2.0

Cairo is one of the busiest and most traffic-jammed cities in Egypt, and when you’re a traveler who cannot speak the local language, it’s best to be direct and share less personal information and beliefs with your cab driver if you’re trying to get to another place during rush hour.

Don’t be too comfortable with “nice” taxi drivers as some can easily turn on you once you start sharing your religious beliefs. If you’re an atheist and are rather open about discussions on the topic, do not bring it up with your cab driver or don’t answer when he asks as it is a rather controversial topic amongst Egyptians, that’s best not to be debated over rush hour traffic. When traveling, trying local cuisine is always your best bet, especially if you have a pretty strong stomach. However, there are some countries that dabble into rather bizarre culinary ventures that some may like, while some may likely get sick from.

Egypt’s “mulukhiyah” is an example of local food in Egypt that may not be for the faintest of hearts and stomachs. This green vegetable dish that resembles gooey green snot is popular amongst locals but not so much with foreigners.

Molokhia is made of leaves from the Corchorus olitorius plant, also known as “Jew ‘s Mallow”, “Tossa jute”, or “Nalta jute.” It’s commonly used as a vegetable in several Egyptian dishes but most commonly for Molokhia soup. Not the best welcome dish when you get to Egypt, but definitely an experience for the senses.

In Egypt do as the Egyptians do It is necessary to remember that, as travelers, one wants to immerse themselves in a variety of cultures. To do so is to respect the local’s traditions, beliefs, cultures, and standards. Travelers must always take precaution in doing or exhibiting behavior that may not be appropriate in their locality. So it’s time to say “say-eeda” to Egypt! You’ll surely be glad to say “shok-ran” for the experiences that they’ll surely bring. 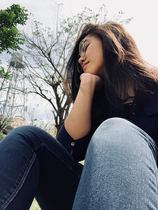 Explore Egypt
Good things are meant to be shared!