Sun And Sand In Traditional Spain: Top 10 Things To Do In Mojacar

From a distance, the village of Mojacar in southern Spain looks like a cluster of giant sugar cubes on a hill. Its whitewashed houses, reminiscent of Santorini, Greece, are a callback to its past as a Moorish settlement. Nestled between the Sierra Cabrera mountains and Mediterranean waters, this small Almerian village has two parts: the Mojacar Pueblo (town) and Mojacar Playa (beach). In a way, it also symbolizes the two faces of Mojacar: tradition and modernization. While the town is rooted in tradition, the beach area is teeming with activity that any modern European beach is sure to have.

Since the 1960’s, Mojacar has been rebuilt from decay in an effort to make it a tourist destination. With the help of artists and musicians, it became the bohemian hideaway that we know today. Mojacar is now known for its classic Moroccan architecture, laid-back village vibe, and allegations of being Walt Disney’s hometown. Its hot climate and proximity to the beach makes this village on a hill a nice summer getaway.

The emblem of Almeria, the Indalo Man, can be seen in many Mojacar buildings, accessories, and apparel. This totem is known to bring protection and good luck. With Mojacar’s beauty and rise from disrepair, one can say that Mojacar is quite lucky indeed. Here are some of the best things to do in the two parts of Mojacar; the town and the beach.

1. Revel in the town's fiestas

Mojacar may have a chill vibe but they sure know how to fiesta. Especially during the summer months, Mojacar has some popular festivities for everyone to enjoy. Moros y Cristianos (Moors and Christians), the biggest fiesta in Mojacar, is held every June and commemorates the expulsion of Moors from the region. Locals, and everyone else who wants to join, are decked in elaborate costumes and reenact the 15th-century battle. People can dress up in Arab or Christian garb in this celebration of history and cultures.

La Noche de San Juan, a festival celebrating the summer season, is also held in June and celebrated throughout Spain. In Mojacar, they celebrate with a beach party that lasts until morning. People gather around a bonfire and revel in music, dance, and other activities. The ritual includes burning muñecos or dolls to bring good luck.

Other fiestas to note are the festival of Mojacar’s patron saint San Agustin (held in August), festival of the Virgen del Rosario (held in October), and the Fiestas de Navidad (held in December).

Duration: All night until sunrise

2. Hop on a bike and explore

Mojacar’s hillside terrain, mild climate, and scenic views make it a nice place for cyclists and cycling enthusiasts. Cycle Fiesta, a small family-run cycling company, offers a tour that passes through Mojacar and Cabo de Gata Natural Park. However, visitors will also have to tour the surrounding areas. The tour also provides the accommodation. Not enough cycling experience? Fret not! The tour can adjust to varying levels of cycling skills.

The Servigroup Marina Playa Hotel, which has a good reputation for hosting a variety of professional cycling teams, provides guided cycling tours as well.

Price: From 1,302 USD (1,115 EUR) - for twin/double room in the designated accommodation. Single rooms are available

3. Shop at the Mojacar Pueblo markets

Whether it’s souvenirs for family and friends or a personal remembrance of Mojacar, the town market has a variety of goods and knickknacks for visitors. Mojacar Pueblo is not that large so visitors can easily locate the markets within the town. Every Wednesday morning, the fresh produce market comes to the village. On Sundays, the Rastro market (flea market) opens and sells all sorts of goods from ceramics to fabrics and fruits.

Looking for something quirky? Try the charming Medieval Market. Open during the Moros y Cristianos festival, vendors sell a variety of trinkets, crafts, and local cuisine. Its medieval aura and traditional products add to the festive atmosphere of the town.

Opening days: June 9 to 11 (during the Moros y Cristianos Festival), all day and night

4. Go on a hike and enjoy the views

Posted by Turismo de Mojácar on Wednesday, 31 May 2017

Mojacar’s scenic landscape is one that begs to be explored. Majestic views of the mountains and sea are meant to be seen. Sometimes, it pays to take a hike. Hoteles Servigroup offers a variety of hiking routes, all of which pass through the Sierra Cabrera mountain range or the volcanic cliffs and coves of Cabo de Gata Natural Park. Those who have little to no hiking experience don’t need to worry because the level of difficulty for the routes are fairly low.

5. Enjoy live music and scenery at the Plaza Nueva

Posted by Worldofsana-Spain on Thursday, 12 September 2013

Spanish culture is saturated with lively music and dance. In Mojacar, like most places in Spain, its plaza is teeming with activity - day and night. The popular Plaza Nueva, a short bus ride away from the beach, offers spectacular views of the mountains and coastline. Aside from restaurants in the vicinity, visitors can also enjoy live entertainment at night. Located in the plaza is Aquelarre Mojacar, a quirky bar and small restaurant with nice views.

Opening hours: 11 am onward during summer. From October, it is closed on Tuesdays

Sailing past Mojacar with the pueblo in the background. Beautiful sail yesterday evening as well,with Malcolm on helm and Pete, warm breeze and sea and I got out on the trapeze!

A visit to the beach doesn’t have to be limited to chilling and sunbathing. How about some water activities…or even a camel ride? There are many companies like Camino del Sol and Candalix Beach Sailing School that offer sailing and a variety of water sport services. For the camel ride tour, visitors will get a 30-minute ride through a variety of picturesque locations including the Aguas River and Garrucha Beach, which is 2 kilometers (1.24 miles) from the city. Aside from water sports, Mojacar also has something to offer golf enthusiasts. There are a variety of golf courses in Mojacar and surrounding areas to choose from. Marina Golf Mojacar has a restaurant, bar, snack bar, and apparel shop on-site. The best part? You also get to enjoy the view!

8. Live out your Hollywood dreams at Mini-Hollywood

A post shared by OasysMiniHollywood (@oasysminihollywood) on Jan 17, 2019 at 4:07am PST

If you’re a fan of westerns and the cowboy life, check out the actual movie sets that made it possible. The “wild west” town Tabernas, a one-hour bus ride from Mojacar, has been the set of many westerns and advertisements. Mini-Hollywood is comprised of three different “towns” namely, Oasys Park, Fort Bravo, and Western Leone. Oasys Park has a museum, nature park, and photo studio among others. Visitors can also watch a variety of performances in the area.

Getting there: Take a bus from Mojacar Pueblo to Tabernas

9. Savor the flavors of southern Spain

Aside from being a scenic and lively getaway, Mojacar is also a gastronomic adventure. Aside from the ones in Plaza Nueva, there are a variety of restaurants and bars that offer great live performances. In the Paseo del Mediterraneo area on Mojacar Playa, there are a lot of choices that provide great food and atmosphere.

El Barrio Libre, a popular restaurant that serves traditional homemade Spanish cuisine, has a quirky look and atmosphere. Two hidden gems, however, are the Trufibar and Scotty’s Bar and Eatery. More popular bars in the area include the atmospheric El Sitio and the lively Lua, which also offers live Spanish music. Beach bars like Aku Aku also provide free jazz and flamenco concerts at 11 pm on Fridays. If you want something hidden away, El Loro Azul is a quirky bar in the town which offers a great soundtrack with your mojitos.


Almeria is a region rich in natural wonders. Even the desert is abundant in exotic flora and fauna. Caves can also be found in the area, inviting adventurous nature-lovers to come and explore them. A one-hour drive from Mojacar, Karst en Yesos de Sorbas is a protected area and is rich in caves (more than 600!), plants, and wildlife. It is also Spain’s most important landscape made of gypsum or yeso, arguably the best example of such in the world. Visitors can choose to camp or stay in other accommodations. There is also a museum, a labyrinth of underground caves, and the nearby River Aguas. Traditional and modern, tranquil and lively, hidden and popular. Mojacar’s duality can be seen from the very first time we see its topography. There is the town, rooted in tradition, and there is the sea, teeming with lively modern activities. There are the mountains and there are the desert and sea. Instead of being a disadvantage, its contrasts make Mojacar truly beautiful. 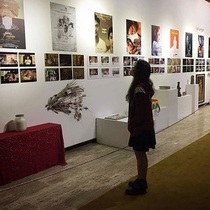 Explore Mojacar
Good things are meant to be shared!