10 Best Things To Do In Sidon, Lebanon

Lebanon is a country that is rich in history and has a multitude of ethnic and religious identities, caught in the center of Middle Eastern conflicts by virtue of its location; bordered by Syria and Israel. Despite all that, it continuously manages to draw tourists to its historic attractions against the backdrop of modern development with potentially many a historic site remaining buried beneath the concrete. Here are the top 10 things you can do in Sidon, Lebanon. This should be one of your main stops in Sidon. The Debbane Palace and Museum can be found inside the souks and is near to the Hotel Yacoub. Originally built as a traditional Arab private residence in 1721, it continued to be a family home until 1978. The palace was acquired by the Debbane family and they soon added two upper floors in 1920 and made it more European style. In 1978, the family was forced to move out due to the Civil War and the building came to be a refugee shelter for 5 years. Ravaged by the war, the palace was eventually restored in 2000 and visitors were welcomed in 2001. The palace entrance is free but donations are encouraged.

Opening hours: 9am to 6pm (closed on Fridays) 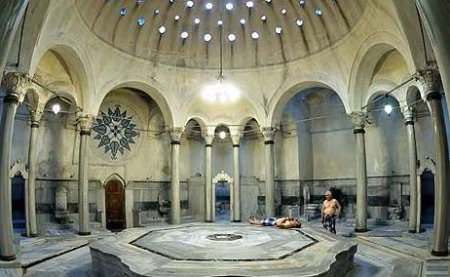 For a nice hot steam bath and well-deserved relaxation, you might want to step into one of Sidon’s public baths, the Hammam El-Sheikh, which brings to mind ancient Roman thermal baths once used for cleaning and as a social hangout of sorts. The Soap Museum was previously a soap factory until 1975 considering the many Hammams in the surrounding area. During the Civil War from 1975 to 1990, the ground floor of the factory was converted to a shelter for refugees. The soap factory was only restored in 2000 and was re-opened as the Soap Museum. Here, you will learn the history of the soap factory and how soap was manufactured. Visitor guides are available in three languages, namely: Arabic, English and French.

4. The Sea Castle or Crusader Castle The Sea Castle is an emblem of Sidon. When the crusaders chose to strengthen and defend the Sidon port in the winter of 1227 to 1228, they ended up building a fortress over a Phoenician site. Although the Sea Castle was partially destroyed, it was continuously rebuilt until the bombing by the British marines in 1840.

Opening hours: From 9am to 6pm or in winter from 9am to 4pm The Souk—you can get lost in this maze of a marketplace that is near to Khan el-Franj. This is basically where you can find anything and everything ranging from clothes, soaps, hardwares, woodworks, furnitures, food and lingerie. You might end up spending most of your day here on the hunt for that special souvenir to bring home. On route to the Castle of St. Louis, you will find the Great Mosque which used to be the Church of St. John of the Hospitalers. It was converted into a mosque by the Mamluks in 1291. Visible Romanesque and gothic styles adorn the building and the minaret was added later by the Ottoman. Although largely damaged by earthquakes and then the Civil War, the mosque was eventually restored in the 1980s. The main entrance of the mosque is on the Eastern side on a square and is open during prayer times. Before entering, make sure that you are dressed appropriately with women covering their hair and take off your shoes prior to entering the prayer hall. The ruins of the Castle of St. Louis is located on top of a 10th-century fortification that can be reached if you climb up the stairs to the east of the Fakhr el-Dine Palace and make a right turn to the castle, where you will find a low wall with an entrance gate. Since the castle is unattended, you can climb to the roof of the castle where you can get a nice view of the city. This castle was the first inland castle built in Sidon but was largely ruined by the Mamluks during the Crusade. Supposedly, you can find a tunnel from here that can lead you to the Sea Castle but nowadays, this tunnel is inaccessible.

The Castle of St. Louis Otherwise known as the “Inn of the Foreigners”, Khan el-Franjs was built by Fakhr el-Dine Maan II during the 17th-century to provide merchants, especially from France, with a space for trading their wares. The ground floor was allocated for the market place for trading whilst the upper floor was the resting area. Nowadays, only the ground floor is open for visitors with free admission. Source: Photo by user upyernoz used under CC BY 2.0

One of the oldest mosques in Sidon dating back to 1201, the Bab as-Saray Mosque is located behind the Khan el-Franj. The mosque is filled with beautiful medieval stonework and a minaret with an imposing dome, which is supported by a huge black stone column. There is an outdoor corner café just on the square in front of the mosque where you can relax with coffee or tea.

The Spot Saida was previously named “Saida Mall”. This is not your ordinary mall. The Spot Saida Shopping Mall contains various selections of clothing stores ranging from fashion apparels, sportswear, accessories and beauty products. It also houses a variety of hip restaurants with a good range of cuisines. Movie buffs may want to visit Grand Cinema, located on the premise, that shows the latest movies.

So much to see and do

Sidon might conjure up images of destruction but in all that, you will find the beauty that is Sidon. The history behind the ruins and abandoned castles, of trading in the olden days, and the learnings from old times will be the highlights of a visit here. Treat yourself to a nice bath at the Hammams or bath houses before indulging in some modern conveniences at The Spot Saida. There’s activities aplenty in Sidon, Lebanon!

A new writer hoping to hone her craft with focus on travel with the occasional poetry in between. If she is not writing, then she can be found reading in a cozy little nook or capturing memories...Read more
Want to contribute as a Local Expert?
Register Here
Hotels
Lowest Price Guarantee

Explore Sidon
Good things are meant to be shared!