Cultural Indulgence: 9 Amazing Things To Do In Shiraz, Iran

The celestial city of Shiraz is teeming with rich history, breathtaking architecture and a vibrant Persian culture. As the cultural hub of Iran, Shiraz should be on the top of any tourist travel bucket list. Art is engraved into the very fabric of the lifestyle of the locals and boldly represented throughout the technicolour mosques, gardens and streets of Shiraz.

Dubbed the city of poets, Shiraz is also the resting place of the city’s revered poets, Hafez and Sa’di, who have played a part in influencing the makeup of Shiraz. Shiraz is a hotspot for cultural explorers and a visit to the city’s many medieval and religious buildings will open travellers to its intricate history. Here are 9 places you should add to your itinerary, to get the most out of your cultural visit to Shiraz. Source: Photo by user Nick Taylor used under CC BY 2.0

Wander through the bustling, wide vault brick avenues of the Vakil Bazaar and be mesmerized by its eclectic beauty and atmosphere. Vakil Bazaar is located in the historical centre of Shiraz and is the city’s ancient trading district. Take your senses on a unique experience as you explore the colourful interior of the market, as the lingering smell of spice fills the air. It has myriads of cafes and restaurants and even a bathhouse on site.

Synonymous for its hot weather in the summer, Shiraz’s Vakil Bazaar was designed to regulate the temperature of the building, making it warm in the winter and cool in the summer. For those in search of the best local steals, the stores offer a variety of handcrafted items, Persian rugs, spices, clothes and much more. Not too far from the Vakil Bazaar, you will stumble upon the Vakil Mosque. The exuberant floral, decorative tile of the entrance is but a brief introduction, leading to the intricate beauty of the mosque’s courtyard. Built in 1773, the Vakil Mosque’s best feature is the 48 candy-twist pillars that support the prayer hall.

The peaceful ambience of the Mosque soothes the soul, as you enjoy the marble finish of the interior and the beautiful ceilings. Source: Photo by user David Stanley used under CC BY 2.0

Before leaving the historical neighbourhood of Vakil, dedicate an hour to visit the traditional Vakil Bathhouse. Situated in front of the Vakil Mosque, the costumed mannequins placed in the bathhouse reflect how Shirazi’s in the past would relax, after a bath in the heat rooms. A visit will grant you a glimpse of how life was in ancient Shiraz and how the baths played a role in society, as you gaze upon the traditional Persian, dome style ceilings. Meander through the charming Eram Garden, as you enjoy the pleasant fragrance of the blossoming flowers. Catch the reflection of the towering cypress trees in the glistering water of the large pool, situated in front of the majestic mansion. Eram Gardens will captivate the heart of all visitors.

A trip to Shiraz would not be complete without a visit to the city’s iconic pride and joy, the Nasir ol-Mulk Mosque, also known as the Pink Mosque. Don’t be fooled into thinking this mosque is like any other traditional building peppered throughout the city. Step into the kaleidoscope of colour here, that is best experienced in the morning sunlight. As you enter, the sun’s rays hit the stain glass windows of the mosque, illuminating the interior with an array of technicolour light.

The mosque features a plethora of vibrant colours, from the painted arches to the delicately carved pillars, making it a must visit attraction if you’re looking to capture the essence of the city, on camera. Hear the whispers of history among the columns of Persepolis. Located in the northwest of Shiraz, this UNESCO World Heritage Site grants visitors a look into the rich political and architectural achievements of Iran. The ancient capital of the Achaemenid Empire, Persepolis was ransacked by Alexander the Great and was once a majestic building, where leaders from around the world gathered to pay respect to the ruler of one of the greatest empires.

Soak up the grandeur of the ruins of Persepolis, from the moment you enter what is known as the “Gate of All Nations”, which was believed to be where mythological figures welcomed visitors and it is said to protect the city from evil. This iconic site is best experienced on a day tour. Hafez is one of Iran’s revered poets, from the 14th century, and the Hafez Mausoleum is the resting place of this respected historian. The tomb of Hafez also serves as a pilgrimage site for many of his admirers from around the world, as well as for many Iranians, who come to commemorate his life and literature.

Hafez literature plays a pivotal role in the lifestyle of the locals, who use his poems as a brief respite from daily activities, to seek advice for the future and during Yalda night, where families recite his poems around the table. The site of his tomb alone is majestic - under a copper roof, supported by eight pillars, you will find the white-stone tomb of Hafez, with a ceiling decorated in blue mosaic. Apart from visiting the tomb of Hafez, you can visit the onsite teahouse, have your fortune told or purchase a book of poems from the small library, available in a variety of other languages. Another of Shiraz’s shrines is the Tomb of Sa’di, a tribute to the life of the 13th-century poet Sheikh Mohammed Shams-ed-Din, also known as Sa’di. Although not as busy as the Tomb of Hafez, the Tomb of Sa’di is a tranquil place, with a pristine garden of evergreen, tall cypress trees and roses. Be sure to enjoy a cup of tea in the underground teahouse, a perfect spot to relax and escape the warm temperatures.

The Tomb of Sa'di Source: Photo by user A.Davey used under CC BY 2.0

Fancy living like a king for the day? Then visit Karim Khan Arg, which is a medieval castle situated in the centre of the city and named after Karim Khan, king of the Zand dynasty. Enclosed within an ornamental brick wall, a big courtyard and bathhouse are intricately decorated, typical of the culture of the locals.

Let the alluring charm of Shiraz captivate your heart, as you take a walk back in history through the architectural wonders of the city. Shiraz will definitely warrant a second visit. 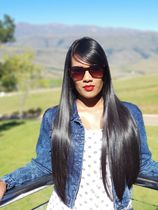 Annelene is a marketing graduate with a zest for life and a passion for travel. She believes these things help bring new perspective, introduce new cultures and educate us about life.
Want to contribute as a Local Expert?
Register Here
Hotels
Lowest Price Guarantee

Explore Shiraz
Good things are meant to be shared!