10 Best Things To Do In Guanajuato, Mexico

It’s colorful. It’s vibrant. It’s where Mexico’s tradition and culture blend so seamlessly. It’s none other than Guanajuato. A small city in the heart of Mexico, Guanajuato reminds the locals and tourists here of its rich history as a silver mining base decades upon decades ago. The narrow streets, beautiful architecture, tunnels and alleys oozing intriguing beauty, few would dare argue with the fact that this enchanting Mexican place is, indeed, the most beautiful city in all of Mexico. Is Guanajuato is your next vacation stop? Here’s a rundown of the best things to do in Guanajuato, Mexico.

1. Learn about Guanajuato past at Regional Museum of Guanajuato Alhóndiga de Granaditas Want to know what Guanajuato was before it was a mining town? You can learn about that and more at Regional Museum of Guanajuato Alhóndiga de Granaditas. This museum is just one in over ten museums spread across the city. But it’s only here where you’ll get a vivid picture of Mexico’s struggle for independence. See those close-knit, brightly colored buildings adorning the town center, some of them are so close, you can share a full conversation with another person in the next building and not miss a word. Well, the tourists here never miss a chance to share a kiss at Callejón del Beso, a narrow alley that separates two buildings. This seemingly simple practice dates back decades, when it is said that a young girl from a well-off family living on one side of Callejón del Beso fell in love with a poor miner boy living in the building on the other side of the alley. The two were barred from seeing each other. So, the only way they could express their affection was by kissing across the alley. A different story predicts that if you share a kiss at Callejón del Beso, you will get seven years of good luck in your relationship.

3. Catch a show at Teatro Juarez The renowned Teatro Juarez is one gigantic building built in the late 1800s, smack in the middle of town, where people would go for their daily dose of entertainment. The Juarez theater features tall columns that depict the rich European influence brought here during colonial times. Take a self-guided tour around the theater and take in its alluring beauty. The theater is still active to this day. Feel free to look out for your favorite performances and concerts. Want a bird’s-eye view of Guanajuato? There’s no better place to visit than the Pipila Monument, better known as the Monumento al Pipila Guanajuato. The monument is an attraction in itself, but many forget all about it the second they turn and see how beautiful Guanajuato is as a whole. From here, you can easily spot the Teatro Juarez, The Basilica of Our Lady of Guanajuato, and the university. Don’t forget to bring your camera. This place offers panoramic views of the city in all its enchanting glory.

5. Marvel at the Basilica of Our Lady of Guanajuato It’s hard to find a community on these central highlands that is more religious than the one present here. Their high regard, respect, and dedication to Christianity is clearly visible at the Basilica of Our Lady of Guanajuato. It is, to say the least, heavenly. A useful tip, visit the Basilica at night and see how well it lights up. It’s even more beautiful at night, plus there will be fewer visitors around. You can take as many photos and selfies of the church as you like. Feel free to attend mass one Sunday during your visit for a glimpse of just how breathtaking the Basilica is from inside. Besides the impressive architecture, the cathedral houses a wooden statue of Virgin Mary, who is considered to be the patron of the city.

Basilica of Our Lady of Guanajuato

6. Check out the mummified remains of residents at Museum of the Mummies of Guanajuato This museum might not be the place for you if you’re a person that scares easily. But if you are a daredevil who loves creepy stuff, then you’ll feel right at home at the Museum of the Mummies of Guanajuato. You may not know this, but long ago, Mexicans, just like the Egyptians, had mummies. But while Egyptians practice mummification, the story is quite different here.

In the 1800s, there was a massive cholera outbreak that killed thousands of people. Without enough space to bury people, the rulers then imposed a law that forced everyone to pay a tax if they had a loved one buried on their property. Anyone who can’t pay the tax was exhumed to make room for others. To their surprise, all the bodies that were retrieved from the ground came out as mummies, owing to the chemical composition of the ground under. Be sure to go early because the line of visitors seeking entry into the museum gets long pretty fast.

Museum of the Mummies of Guanajuato

7. Get a taste of Mexican culture at Callejoneadas Guanajuato Do you fantasize about being serenaded? Do you want to propose your partner and can’t find the perfect location? Do you want to go on a walk at night? The Callejoneadas Guanajuato makes for a perfect idea. Here, you’ll find plenty of alleyways to traverse, get a taste of the Mexican culture admiring the traditional costumes worn by the performers and take a moment to test your dancing skills once you cross paths with the musicians. They also have comedy shows, which are mainly done in Spanish, but everyone can find them quite enjoyable. You probably haven’t a clue who Quixote is, heck maybe you didn’t even know this was a person in the first place. Worry not, you’re one of many. The Don Quixote Iconographic Museum is a place dedicated to a fictional character, Don Quixote. In this museum, you’ll find art and craft exhibits along with copies of books based upon Don Quixote. What’s more, the museum exteriors are adorned with carvings, murals, statues, and other intriguing stuff paying homage to this character. You’ve had a long day exploring all that Guanajuato has to offer, you are tired and you want to relax, but you don’t feel like it’s time to go back to your hotel room. Tell you what, why not head to Unión Garden? Here, you can rest for a bit before the sweet tacos aroma lures you in. There are also restaurants and bars, barely a stone’s throw away, where you can eat and drink to your heart’s content.

10. Shop till you drop at Mercado Hidalgo Get up-close and personal with the locals of Guanajuato by visiting Mercado Hidalgo. Better known as the Hidalgo Market, this place is always bustling with people. If you’re looking for a place to shop for souvenirs or presents to bring home with you, the Hidalgo market is where you will find everything you’re looking for. It features colorful clothing, jewelry and several other items. What’s more, everything is reasonably priced here.

Explore the beautiful city of Guanajuato

The festive atmosphere and welcoming spirit of the locals is what makes Guanajuato so alluring to tourists who come here. A city that is centuries old yet remains vibrant as ever creating a source of joy for anyone who lives or visits it. By far, it is an excellent choice for those who are looking for an out-of-the-box place to visit on their next vacation.

Editor’s Note: Due to Covid-19, the business hours of the attractions may differ from the stated timings in this article. Please be sure to check the updated hours from the websites. 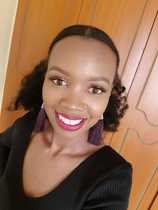 Explore Guanajuato
Good things are meant to be shared!