15 Things Philadelphia Is Famous For

Philadelphia, or known affectionately as Philly by the locals, is the largest and most popular city in the state of Pennslyvania. It is most well known for its rich American history; it is the site of many iconic American historic moments. It is home to the Liberty Bell, a historic icon of America’s freedom and independence. It is also home to Independence Hall, where the U.S Constitution was written and where the Declaration of Independence was signed. The front steps of the Philadelphia Museum of Art are also an iconic photo-taking spot, especially after it was featured in the film “Rocky”. If you’re planning to visit, some of the best places to stay in the city are Airbnbs as well as hotels. There is much to do and see around the city of Philly. Not sure where to begin? Scroll down to find the best things Philadelphia is famous for. Philly makes its New Year’s Day celebrations by introducing the flamboyant Mummers Parade. There is a New Years Associations, consisting of local clubs, that compete in one of the following categories: String Bands, Fancies, Comics, Fancy Brigades, and Wench Brigades. Larger-than-life costumes are worn, in addition to performances of elaborate group routines and movable sceneries. This parade dates back to the 17th century and is associated with the Mummers Play tradition in the UK and Ireland. Clubhouses on 2nd Street in South Philadelphia’s Pennsport district serve as the venue for the sceneries and members. Philadelphia is perhaps one of the US cities with the most vibrant arts and culture scenes. There are thousands of murals in Philly, and this particular display of public art is ignited and strengthened by Mural Arts Philadelphia, an art center promoting mural-making to transform spaces to reflect and honor all human identities and experiences. The group was established in the 1980s as an anti-graffiti initiative and has since been an advocate of public art that serves the community for the better. The murals are scattered all over the city, and there are plenty of guided walking tours that visitors can join. One of the mighty structures that make up the beautiful skyline of Philadelphia is Comcast Center in the central business district. Formerly known as the Comcast Tower, the building has 58 levels and comes second to Comcast Technology Center as the tallest building in Philly. The structure was named after the lead tenant, cable company Comcast, making it the headquarters. Comcast occupies almost 90% of the building, with the rest taken up by various retail shops, restaurants, and a connection to a nearby rail station. Comcast Center is made to be environmentally friendly and is a certified building by Leadership in Energy and Environmental Design. One of the most historic sites in Philadelphia is Valley Forge National Historic Park. From December 1777 until June 1778, it was the site of a Continental Army encampment during the Revolutionary War. Valley Forge, which sprawls to about 3,500 acres (1,400 hectares), became a U.S. National Historical Park in 1976. Displayed at the park are monuments, a visitor center, a museum with original artifacts, and restored and reconstructed structures like log huts. There are ranger programs at the site, as well as walking and trolley tours and activities. Source: Photo by Flickr user Jim, the Photogra... used under CC BY 2.0

Shopping has never been this cozy. Try out a new environment when you want to splurge and make your way to Peddler’s Village, a 42-acre (17-hectare) old village-type shopping mall about an hour from Philadelphia’s city center. This unique place with a small-town colonial vibe was established in 1962 and is home to over 70 independent stores, restaurants, and specialty shops. If you feel like staying and exploring more of this charming attraction, Peddler’s Village also has Golden Plough Inn, a 3-star hotel ready to welcome you at any time. Fairmount Park is to Philadelphia what Central Park is to New York City. The park is not only a popular tourist attraction, but also a common place for visitors and locals alike to take a walk, exercise, or have a picnic. In such a huge park, one of the biggest urban green spaces in the U.S, there is much to see and do. You can walk around Concourse Lake, visit the small organic farm, Carousel House Farm, and look at many art sculptures. Like most of Philadelphia, this market is historic for being the oldest outdoor market in America. Open all year round, the market spans about 10 blocks of food vendors and stores selling mouthwatering delicacies and treats. From baked goods to fresh produce, meat and cheeses, as well as fish and poultry, there is so much to buy and taste at this market. This tour brings you on a two-hour walking tour with a local guide who can give you the inside scoop on the ins and outs of this historic market. Source: Photo by user su1droot used under CC BY 2.0

Not only is this a great place for that Instagram-worthy shot, but it is also known as “the Rocky steps” for its feature in the famous Hollywood film. The 72 stone steps leading up to the museum entrance became famous after the scene in the film where Rocky triumphantly climbs up the stairs. Many tourists and Rocky fans love to recreate this scene by the steps. Besides the steps, another great place to take a photo would be with the bronze Rocky statue at a grassy patch near the bottom of the stairs. What is Philadelphia known for when it comes to US History? The Independence Hall! It is the centerpiece and the most iconic building in the Independence National Historical Park in the city. It was in this iconic red-bricked building that the Declaration of Independence was signed and the United States Constitution was adopted. Many regard it as the birthplace of the United States as we know it today! Besides being a place that is so rich in history, the beautiful design and architecture make it a great place for a photo. Source: Photo by user Bobak Ha'Eri used under CC BY 3.0

Rodin Museum, not to be confused with the museum of the same name in Paris, is named after the famous sculptor Auguste Rodin. The museum has the most number of works by said sculptor outside of Paris. Right before you enter the museum, you can view arguably the most well-known of Rodin’s works, The Thinker, which sits right outside of the museum in the courtyard. Entry to the museum is ‘pay as you wish’, however, suggested admission is 10 USD for adults. The Liberty Bell is a monumental sign of America’s independence and located right in Philadelphia. It used to be housed within the Pennsylvania State House. While this thing Philadelphia is known for was used for making announcements or calling lawmakers in the past, today it is a tourist attraction, found right in Liberty Bell Center in Independence National Historical Park, the same park as Independence Hall. Here, not only can you get a close-up look at the bell, but also learn about its significance in history through videos and exhibits.

A must-see historic piece of American history is the Liberty Bell, a national symbol of freedom. Any visit to Philadelphia would not be complete without going to see one of the original bells that rang above Independence hall. Now located across the street from Independence Hall, the Park Service maintains the bell. Make sure to get the perfect photo of the bell with Independence Hall in the background! Besides the 9th Street Italian Market, another great market that you have to visit is the Reading Terminal Market. This huge market offers a wide array of the best locally grown produce and locally sourced meats. They also sell the freshest fish and other seafood, cheeses, baked goods, and so much more. You can also find the widest variety of restaurants, with all sorts of different cuisines and styles. Located right in the commercial centre of the city and just a block away from City Hall, the market is extremely accessible. Source: Photo by user Versatile Aure used under CC BY 2.0

City Hall is located right in the heart of the city and is the largest municipal building in the city. The building is certainly a sight to behold, with its Second Empire style. One of the tallest buildings in the city, the entire exterior is decorated with sculptures of iconic figures, with the statue of William Penn at the very top. You can go on a guided tour of the building, which brings you to the observation deck at the very top of the building. Here you can get a beautiful birds-eye view of the city. The Philadelphia Eagles are the home American football team of the city, with their home stadium being the Lincoln Financial Field. The pride and glory of the city, be sure to catch them in action if you happen to be in the city during the football season. Make sure to get your tickets early, they have a history of selling out every game since 1999. Pre-season starts in August, and the actual season starts around September. There are also a few post-season games, which happen in January. The classic Philly cheesesteak consists of beef slices and melted cheese in a long hoagie roll. This popular fast food can be found all over America, but where else to try the best cheesesteaks than the city where it was founded? In fact, the original diner where the cheesesteak was invented is still standing! Head on down to Pat’s King of Steaks to try this Philly favourite for yourself.

The city is home to some of the most beautiful and amazing historical sites, especially those of U.S history. Philadelphia is an amazing city to visit with so much to see, do and also shop! 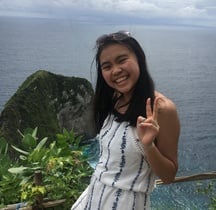 I'm Nicole, a current university student and lover of big cities as well as quaint hidden gems. For me, half the fun of travelling is getting to write about and share this new perspective with...Read more
Want to contribute as a Local Expert?
Register Here
Hotels
Lowest Price Guarantee

Explore Philadelphia
Looking for accommodation?
Good things are meant to be shared!