Things to do Other Activities Architectural Gems Japan > nagasaki > nagasaki

Half a day around Nagasaki city's top spots! A walking model course with an exotic mood

Nagasaki city is known for its exotic mixture of Western, Chinese and Japanese cultures, as well as with its many hills and stairs. The best way to discover the peculiar sceneries of the slope terrain and to learn more about local people’s lifestyle is to walk around the city. I will introduce a half-day model walking course around some sight-seeing spots that a first-time visitor in Nagasaki should not miss: the historical place Dejima, one of Japan’s best Chinatowns Shinchi, and the splendid Yamate area with its stone-paved streets and Western residences. 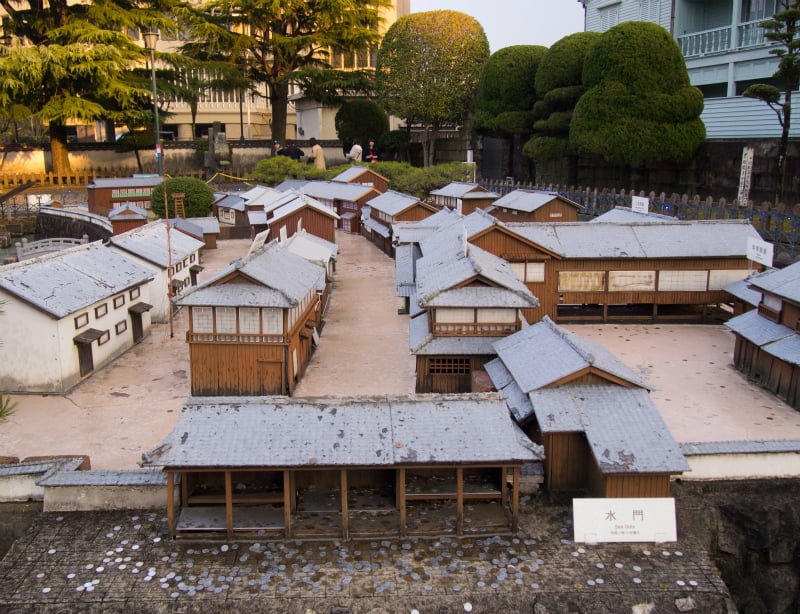 The walking course starts at Dejima, the only place where partial trade and cultural interaction was allowed during the long period of Japan’s self-isolation. Officially known as “Dejima Oranda Shoukan-ato” and designated as a national historical landmark, the resurrection of Dejima attempts to reconstruct the old image of the fan-shaped island.

On the photo you can see a miniature replica 1/15 the size of Dejima. There you can also visit some partially reconstructed buildings and restored warehouses and merchant residences. Many associated exhibitions and materials can be found in Dejima, so it is definitely a place worth seeing. Shinchi Chinatown’s entrance is right in front of Dejima. It is a convenient touristic spot located in the very center of Nagasaki, close to Shinchi Terminal where buses from the airport arrive and near Tsukimachi tram stop used for changing tram lines.

Nagasaki’s Shinchi Chinatown is smaller than Yokohama’s and Kobe’s Chinatowns but there are many restaurants where you can try the famous local noodle dishes champon and sara udon, so it is always busy with lots of tourists.

On the photo you can see the special champon Kozanro. It has fans also among the celebrities, like the Nagasaki-born singer Sada Masashi, who even wrote a song about the dish. Kozanro is characterized with thick, white and creamy chicken bones broth, big noodles and a rich amount of vegetables and seafood! You can also try sara udon, with either crispy fried or thick and soft noodles.

Experience the city of hills and stairs! Walking around the Dutch Slope 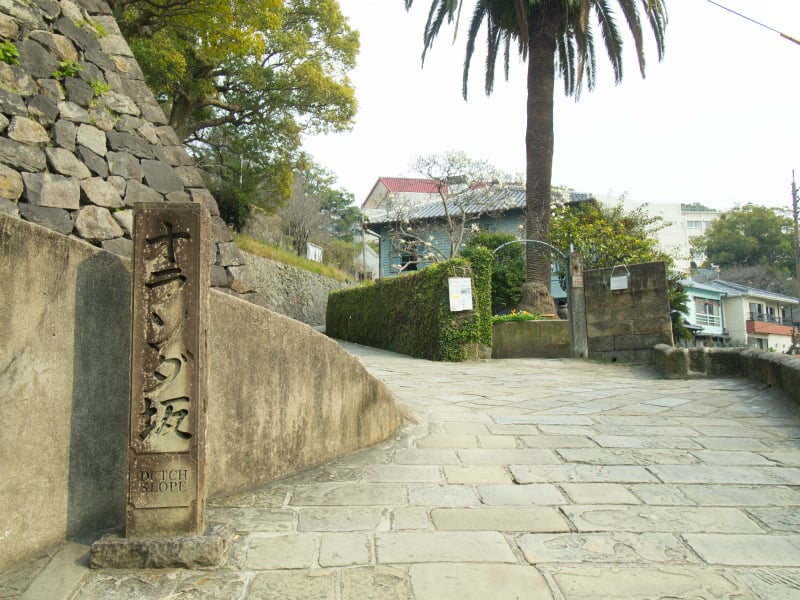 When you exit the Chinatown from the Minato Park side, you will soon reach Umegasakimachi where a synagogue’s remains can be found. On your left side you should see long and steep stairs going up. Climb them to reach Juninmachi from where the steep streets of the Dutch Slope go down to Higashiyamatemachi.

Kwassui Women College is located there so you will encounter many students. There are many private houses on both sides of the streets. You will definitely start thinking about the local people who have to climb the steep hill and the stairs every day. Midway you will find “Higashiyamate-junibankan” and “Higashiyamate-kojusanbankan” – beautiful Western residences where you can rest for a bit free of charge. The stairs and hills are surely too many, but by walking around you will learn a lot about the history and lifestyle of foreign people who were allowed to live only there in Nagasaki. You will also get to know how nowadays’ people live. The photo shows the Dutch Slope. Some say that it is the place to give up going further, but try to think of all the foreigners who walked over the stone-paved streets, restricted from living in other districts. Then you will find the slope quite fascinating.

Shopping at the Glover Garden Street After the Dutch Slope you will continue along the Dutch Street leading to Glover Garden. It is a flat and easy to walk street on which you will find interesting places like the retro-style brick house of the former British consulate in Nagasaki.

On the photo you can see the popular cheese castella cake “Seifudo”. Lately there are sponge cakes with many different flavors like cheese, chocolate, pomelo, honey, green tea. Some are soft and classical, while others are crispier and covered with granulated sugar. Try different kinds and find your favorite castella type. Glover Garden’s entrance is at the end of Glover Garden Street. It is an open air museum exhibiting the residences of former Western merchants surrounded by plenty of flowers and greenery. On the photo you can see the mansion of Thomas Blake Glover – Japan’s oldest wooden Western-style residence and an important designated cultural property.

A local “Heart stone legend” claims that if you touch one heart-shaped paving stone in Glover Garden your wish for love will be fulfilled, and if you find two heart-shaped stones, even better things will happen. There are hints about the stone’s locations in the map you will get from the ticket booth at the entrance.

Near the Glover Garden is the high Oura Catholic Church. It is the oldest standing Christian church in the country, enshrining the twenty-six martyrs of Japan and also designated as an national treasure.

The church is impressive even from outside, with its tall cross on the roof and the golden letters saying “Tenshudo”, but I strongly recommend entering inside as well. The recording tape in the church will tell you about the impressive story of Father Petitjean and the discovery of believers hiding from the authorities.

The model walking course I introduced is enough to fill about 5 hours and goes as follows: Dejima – Shinchi Chinatown (with lunch there) – Dutch Slope – Glover Garden Street (shopping included) – Glover Garden and Oura Church. You can also make it an enjoyable full day trip by taking the tram cars to Megane Bridge and Teramachi area, or going to the Peace Park and Urakami area. 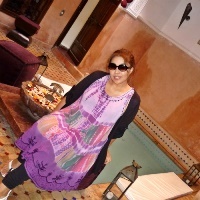 Explore nagasaki
Good things are meant to be shared!