Between visiting Trafalgar Square and its guardian lion statues, bustling Oxford Circus, and regal Buckingham Palace, a visit to London isn’t complete without a stop at spacious Hyde Park. After watching the changing of the guards’ ceremony complete with guards adorned in black bearskin hats and gold button-accented red uniforms, cross the street to rent a rowboat to soak up the sun on Serpentine Lake while being surrounded by Canadian geese. After admiring the numerous statues and fountains, sit down on a blanket to enjoy a picnic before heading to Kensington Gardens to visit the Princess of Wales Memorial Fountain. Be certain to check out the following list of popular festivals in Hyde Park, the UK so as not to miss attending some of the amazing concerts and festivals featured throughout the year.

Join the masses of music lovers to indulge in this major 10-day music event which spans 2 weekends for a truly sensational experience on the sprawling lawn of London’s famed Hyde Park. During the six-day concert, attendees can expect to be treated to awe-inspiring performances from legendary headliners which have included The Rolling Stones and up-and-coming talented musicians such as Bruno Mars. During Open House, fans can share in the festival’s free entertainment and activities while soaking in the summer sunshine. Be prepared to sing and dance along to your favourite artists from all genres as they perform spectacular setlists of your favourite songs.

2. BBC Proms in the Park Those visiting London in to enjoy a fall getaway should make certain to check out the world’s most exciting classical concert which takes place in Hyde Park in September. Enjoy watching as talented conductors commandeer orchestras and choirs to create astounding renditions of famous scores performed by Bach, Beethoven, Tchaikovsky, and Mozart. Proms in the Park is the final evening of a classical music festival featured throughout the UK which commences in July and finishes in September annually. During this amazing evening, crowds can be sure to be treated to modern jazz classics and other genres topped off with a spectacular finale of fireworks that fill the sky over Hyde Park and nearby Buckingham Palace.

BBC Proms in the Park

Each June, Hyde Park is filled with adults and children to acknowledge people living with autism and their accomplishments. During this celebration in Hyde Park, there are speeches, experiences, and songs performed. Enjoy sitting under one of the many trees on a striped-cloth, wingback chair while enjoying your picnic lunch alongside family members or friends. Make certain to bring along your own food, toys, games, and other items you are interested in to share with fellow attendees to create a truly enjoyable fun-filled day for all. During the holiday season, stop by Hyde Park to enjoy the Winter Wonderland which is a feast to be enjoyed by all your senses. Enjoy riding the newly installed World’s Tallest Observation Wheel while taking in the surrounding panoramic city views of bustling London. Stroll through the Christmas Market admiring the booths filled with holiday-themed crafts before taking the children to enjoy the attractions of Santa Land and perhaps encounter Rudolph. After indulging in a mulled wine, grab your children’s’ penguin scooters and head over to the open-air ice rink to enjoy skating under the thousands of dazzling lights along to Christmas carols.

Each April 20th, tens of thousands of cannabis users flock together to try to influence the government to legalize the drug. During this day, users gather together with friends and strangers to light up on blankets traversing the sprawling lawn of Hyde Park. There are booths promoting the benefits of medical marijuana as well. To keep things orderly, visitors can expect a decent-sized presence of law enforcement to be in attendance while they witness the marijuana-themed festivities. After taking a big red bus tour throughout London and stopping at Harrod’s to enjoy afternoon tea, get off at Hyde Park to enjoy some peaceful downtime on its massive lawn. During the winter months, Hyde Park hosts a winter wonderland like no other featuring Christmas markets, carnival rides, acrobatic performances, and a chance to meet Santa and his reindeer under a sky filled with glittering lights. Prior to boarding a plane at bustling Heathrow Airport, don’t depart London without experiencing one of Hyde Park’s amazing festivals alongside Londoners and international visitors. 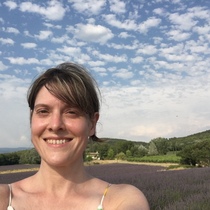 Writer living in British Columbia who loves to travel and explore new destinations. I also enjoy engaging in new activities during my travels such as Hydrospeeding in France. Solo travelled to...Read more
Want to contribute as a Local Expert?
Register Here
Hotels
Lowest Price Guarantee

Explore Hyde Park
Good things are meant to be shared!