A Weekend Getaway To The Romantic Guanajuato City, México

Mexico is a country that has a huge variety of activities to please every type of traveler. When you have tons of options and places to visit, picking only a few of them can be prove to be one of the most difficult decisions you’ll have to make. Guanajuato city is a Mexican gem you won’t regret visiting. Hidden in a picturesque valley, it is a UNESCO World Heritage Site, and is the perfect location for anyone who wants to travel back in time to the Mexican Colonial Epoch. The city is also perfect for true lovers of local gastronomy, who will appreciate morning walks in traditional Mexican markets to discover and try new foods beyond “tacos and quesadillas.”

The nocturnal Estudiantinas tours is the funniest way to get to know the city’s legends and traditions in a friendly environment, full of music and dancing. The city is also well known for its romantic sites, which makes it a perfect destination for couples who want to know the secret to achieving seven years of good luck in their relationship. Are you one of them? Don’t let others tell you, come to Guanajuato and discover it! The unusual urban design of Guanajuato city makes it suitable to be explored by foot, as most of the streets are pedestrian-only. Its winding streets can lead you to unexpected destinations such as its famous alleyways and the cobblestone staircases to underground tunnels in which the Guanajuato River used to flow before it was redirected. Miguel Hidalgo is one of those famous streets that can’t be left unseen. This underground street is 3 km long (approximately 1.86 miles), following the river bed; its construction prevented the floods that the city encountered in the past. For many, Guanajuato city is pretty much like a labyrinth in which you might enjoy getting lost, or navigating using the free maps you can get easily get at a tourist office.

Getting into the city center is very easy, even if you are staying uphill (where the accommodation prices drop considerably). Take into account that wearing comfortable shoes might alleviate the ten-minute work of walking down the steep hill. However, coming back up the hill might be challenging, especially after a long day of walking. You can consider taking a taxi downtown, or you can use my preferred option: the funicular. The three-minute funicular ride gives you the opportunity to admire the city from any height and best of all, tickets are only 25 MXN per ride per person (approximately 1.14 USD). The trip ends at the “El Pípila” statue, the nickname of a man who performed a heroic deed in the Independence War in 1810. If you were wondering where to take your panoramic photos, this is the perfect spot. The Pipila Statue gives you the best view of Guanajuato city; tourists should never miss it!

The best place to light up the flame of love Is very easy to spot lovers holding hands while walking in the street; in fact, if you see grouped couples wanting to enter into one of the narrower alleys, you’ve probably reached “El Callejón del Beso” or The Kiss Alleyway, where one of the most famous love legends began. There are many versions of this legend; however, all of them have the same tragic end. Ana was the only daughter of a violent and overprotective father, who locked her away when she opposed his plans to marry with a wealthy Spanish man and she decided to stay with her destitute Mexican lover, Luis. One day, Luis realized the short distance between Ana’s balcony and the neighboring balcony, so he decided to buy it in order to see her. One day, her father discovered them kissing from balcony to balcony and, filled with fury, stabbed her in the heart. Luis held her, gave her one last kiss and killed himself.

Couples should kiss on the third step below the two balconies in order to achieve seven years of lucky and sweet love; if not, seven years of bad luck awaits them. It is very common to wait a long line to give the legendary kiss; however, time flies in this cheerful, humorous and friendly environment. Teatro Juárez is the best meeting and starting point for an architectural and historic tour. This theatre is just steps away from the funicular and the famous garden Jardín de la Unión. The Roman Doric columns of the facade attracts even the most distracted tourist; however, taking a glimpse of the inside is even more astounding. For 35 MXN per person (approximately 1.59 USD), you can admire the impressive showroom decorated in an oriental style. The ceiling is so detailed that I recommend you sit and stare for several minutes. The smoking room is located on the second floor and is designed in the Art Nouveau style, which resembles the architecture of several European theatres of the epoch. For a building constructed more than one hundred years ago, this is very impressive!

It is very difficult to decide which buildings are the most relevant when you are surrounded by architectural gems. The Church of San Diego and The University of Guanajuato, which are nearly three hundred years old, could be confused with any medieval building from Europe and personally it reminds me of Salamanca in Spain due to its colonial architecture. Churches are of great importance in the religious culture of Mexico; expect to find several of them and plan to enter the biggest ones to admire the architecture. There are several historic buildings as well including the Alhóndiga de Granaditas building, which is not very eye-catching but it was a key building during the Independence War in 1810, where the heads of the most important revolutionaries were hanged on the four corners.

Explore the mines and visit the Guanajuato Mummy Museum If you want to explore the surroundings, you can visit several of the mines located nearby, such as the Valenciana mine, El Nopal or Villa de Guadalupe. All of them offer a short tour to portray the lifestyle of the workers and the extraction methods used years ago; unfortunately, is forbidden to walk more than 60 meters (approximately 197 feet) underground and this makes the tour very short. If you are interested anyway, you can buy your ticket for 32 MXN (approximately 1.45 USD).

Approximately three kilometers away from the city center, you will find the Guanajuato Mummy Museum, which is one of the most popular attractions, especially for kids. Due to the characteristics of the soil, naturally mummified bodies were found since 1865 in Santa Paula Pantheon. Nowadays, you can find more than a hundred bodies in the museum, many of them have been analyzed to determine the conditions of death and therefore to recreate the living conditions and diseases that distressed the citizens during those centuries. One of the most popular mummies is the one of a fetus, which makes it the smallest mummy in the world! Only 30 centimeters long (approximately 11.3 inches), this celebrity has visited many important museums around the world. But wait, what about Mexican gastronomy? The Hidalgo Market is one of the biggest markets where your morning breakfast awaits you. This is the perfect place to try Mexican delicacies such as tacos (not the ones with cream!), quesadillas, burritos and more. Have you ever drank soda from a plastic bag? Be part of this weird custom and enjoy beverages you’ve never imagined existed. If you wake up feeling brave, you could even try some chili! There is so much food that it will be hard to decide what to order, but you can always start with quesadillas, which are corn-based tortillas with melted cheese. If you feel more confident, you can order a burrito, which is a corn-based tortilla with beans, chicken, beef or pork, melted cheese, lettuce and onion. It will be fun to decide which sauce to try because you might have more than four options at your table; however, it’s always recommended to try it with the tip of your finger before pouring it on your food.

The funniest and most traditional way to get to know Mexican culture in Guanajuato is by taking a night tour, or Callejonada, with the Estudiantina; these witty musicians will take you to the most important alleyways in a party atmosphere filled with narrative and music. During the tour, you’ll visit the most important gardens, squares and most romantic corners. If you are the cheesiest couple, you might be elected to “act” the love story of Ana and Luis at the end of the tour.

The tour lasts approximately one hour and includes a traditional gift. Ladies, spoiler alert! You will receive a serenade from a cute balcony from the Estudiantina musicians (and probably your man), with flowers included. I told you, Guanajuato is the city of love. After the tour, you will be singing the “Cielito lindo” and “Mariachi loco” songs like a Mexican! During your stay in Guanajuato, this 150 MXN (approximately 6.85 USD) will be your best investment. The tours can be taken at different hours at night. Tours meet outside the Juarez Theatre and are very easy to recognize.

When you visit Mexico, Guanajuato city must be at the top of your checklist. This trip will be very inclusive to Mexican culture, art, history, gastronomy, and partying! A personal suggestion is to arrive in October in order to attend to the International Cervantino Festival, one of the most important cultural and artistic encounters in the world. During those days, the city has a partying and cultural environment that exchange students, tourists, and Mexicans never miss. This is one of the most visited cities during the whole of the year, so make sure you plan your trip early in order to find reasonable accommodation prices. 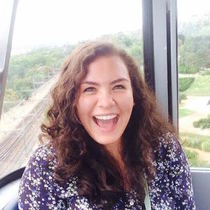 I like to think of myself as a pursuer of true happiness. I am currently studying biotechnology in the beautiful city of Madrid, but the people I love are spread out across the world; I consider...Read more
Want to contribute as a Local Expert?
Register Here
Hotels
Lowest Price Guarantee

Explore Guanajuato
Good things are meant to be shared!